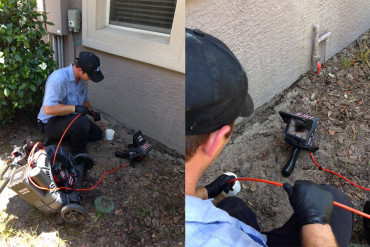 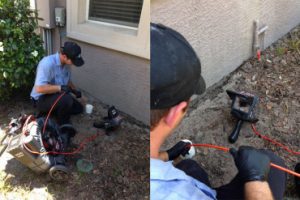 Plumbers in Altamonte are not really miracle workers, and there is no type of trade secrets that they use in carrying out there work. In this particular post, we get to look at some of the tools and equipment’s that are mostly used by the Altamonte Plumbers in doing the work of clearing the blocked lines.

These are the top five tools and equipment’s used by the plumbers to unblock the blocked drains.

As you may be aware, the plunger is normally used in clearing some minor drain clogs. It is mostly used in unblocking blocked showers, blocked toilets, and kitchen sink drains. The plunger is always in the front lines of the plumbing technician tools as it is used as the initial tool when it comes to determining the seriousness of the issue at hand.

These are not the usual CCTV cameras that you are used to. The ones in question are used in solving the drainage issues and are very specialized cameras. The cameras are so sleek and compact, and they are able to be inserted easily into many types of drains. The cameras allow the plumber to have a peek at the problem so as to give him a good judgment on what he should do next. These tiny cameras are normally hooked up to an external monitor that provides the plumber with a better view of what is inside the drain.

The pipe locater is also called the navitrack, this one is rather sophisticated. It can pinpoint exactly on the pipe where the issue has occurred without necessarily digging up the soil. This is good in saving your property from unwanted damages that are caused when the wrong spot is dug.

It may sound a bit gross; however, the electric eel is not that slimy creature that is capable of electrocuting any unsuspecting prey. Rather this tool is a specialized kind of equipment that is capable of unblocking blocked drains using its cutter head. This cutter head is usually attached to the end of a rotating steel cable. The electric eel technique is actually an older-method and it may not be suitable for all kind of drain blockage.

The water jetter is another excellent example of newest pieces of tools and equipment that are used to unblock blocked drains. It is a very powerful tool that can effectively remove grease, dirty, roots and other debris that may have blocked the sewer line; it works by blasting an extremely very powerful water pressure inside the lines.

These are the best five pieces of equipment plumbers in Altamonte Springs use to clear Blocked Pipes.